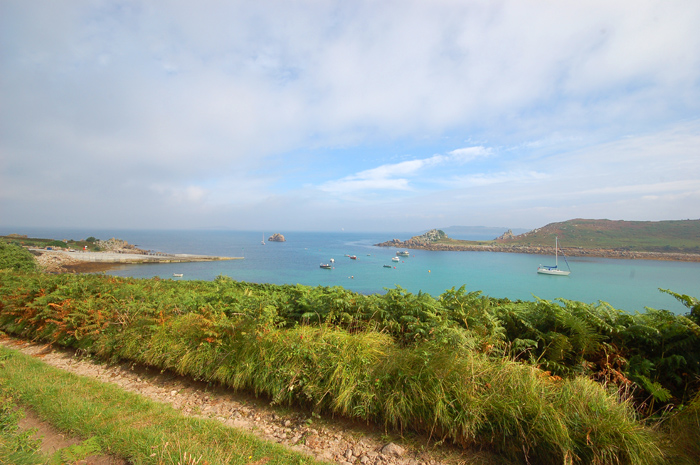 Britain has internationally important breeding sites for some seabirds, particularly Manx Shearwaters and Storm Petrels. Well, I say Britain, but actually it’s much more specific than that. These birds are quite particular in their choice of breeding sites, and our crowded mainland doesn’t really tick the right boxes. It’s the small islands with few humans (if any) that stand out at the seabird estate agents. Like the Isles of Scilly. But numbers of breeding seabirds have been declining even on these idyllic islands, falling by 25% between 1983 and 2006. Something needed to be done.

The Isles of Scilly Seabird Recovery Programme was set up to reverse this trend. It’s a partnership between various groups, including the Isles of Scilly Wildlife Trust and the RSPB. One of the factors in the decline was the presence of rats on the island. Rats prey on the eggs and young of breeding seabirds, and can have a huge affect on breeding success. Lundy, a small island in the Bristol Channel, saw a big increase in seabirds breeding resulting from their rat elimination programme. So one of the aims of the Isles of Scilly programme is to eliminate rats from the uninhabited islands, and St Agnes and Gugh.

After lots of consultation and preparation, intensive rat culling started in 2013, on St Agnes. Bait stations with poison were placed all over the island. Now they think all the rats have gone, they’re in a period of monitoring, using chocolate flavoured blocks of wax to check for rat teeth marks. There’s been lots of communication with island residents and visitors, and people are encouraged to report any possible rat sightings (to rat on a rat). The island has to be free from signs of rats for two years before it can officially be declared that rats have been eliminated. If all goes well, that landmark will be reached next year.

They’ve already seen benefits from the reduction in rats. In 2014 Manx Shearwaters have been breeding successfully on St Agnes, and this year storm petrel chicks were seen on St Agnes, both for the first time in living memory. Other  ground nesting birds are also likely to benefit, and Scilly shrew numbers have also increased.

This project is a good example of conservation groups working together with a whole community to have a big impact. It wouldn’t be possible to eliminate rats without the support of the community. Lots of work has gone into communicating about the programme, and about the importance of seabirds, to both tourists and locals. That work is now paying off. Well done to all involved.