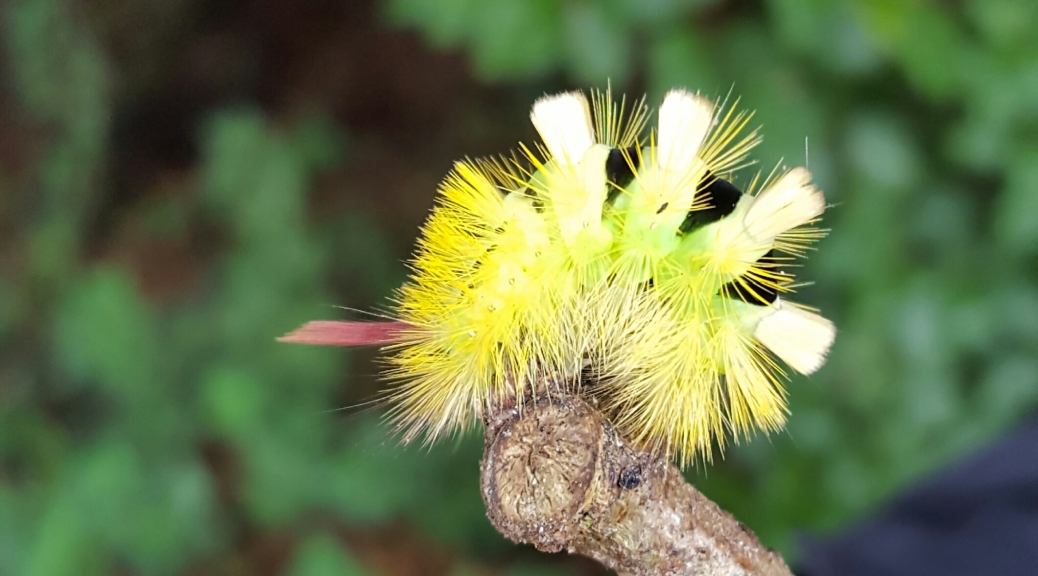 After last month’s brilliant box check, I was hopeful that we’d see lots of dormice this month. I was expecting the seven youngsters we found in one box to now have separated and set up their own homes nearby. And I was hoping the pinkies would now be bigger and bouncier.

The first set of boxes we surveyed didn’t show new signs of dormouse activity. But, excitingly, there was the start of a new dormouse nest in one of this year’s boxes, in a new bit of the site. This box is one of four in a clump of hazel on the edge of the woods, and separated from the other boxes by a stretch of un-dormousey woodland – tall trees with little understory. It was a bit of an experiment putting the boxes here – I wanted to see if dormice would use this bit of hazel, given the unpromising habitat between it and the rest of the boxes. So far this year, nothing had used any of these boxes. So it was very exciting to see the start of a dormouse nest here.

The shrew who had taken over the bees nest which had taken over a dormouse nest has finally moved out – not before time – the nest was covered in shrew droppings, and sticky from the bees. The kind Dr C volunteered to clean that one out, which is great as it was a health hazard for any creature that might have ventured in.

There was no sign of any of last month’s young in the boxes near where we found the seven dormice. And the bitey adult male has moved out as well. But we did find a 16g young male in a wren’s nest. As I slid the box lid off, and the perspex over the nest, he clambered to the top of the mossy nest, pressing himself against the perspex. He turned out to be a lively little fellow, so I didn’t take a photo of him – I wanted to get him sexed, weighed and back in the nest before he had time to get too upset. This is the first time we’ve found a dormouse in that particular little section of the site, so more encouragement that they’re not limited to one bit of it. And it’s good that he’s probably big enough already to get through the winter.

No sign of last month’s pinkies – hopefully mum has made a nice natural nest for them.

I’m not sure if that’s the last box check I’ll do this year – if the weather stays mild and there’s still food about, dormice could still be active in a month’s time (particularly this year’s young, as they work on fattening up). But if the weather turns cold, we may not find anything. I’d be a bit sad, if that’s the last check of the year, but, sitting beside my first fire of the season, maybe it is time for hibernation.

Apart from the one dormouse, and signs of new nest building, the other thing of note that we found was this rather fine caterpillar.  Possibly a pale tussock? What do you think?