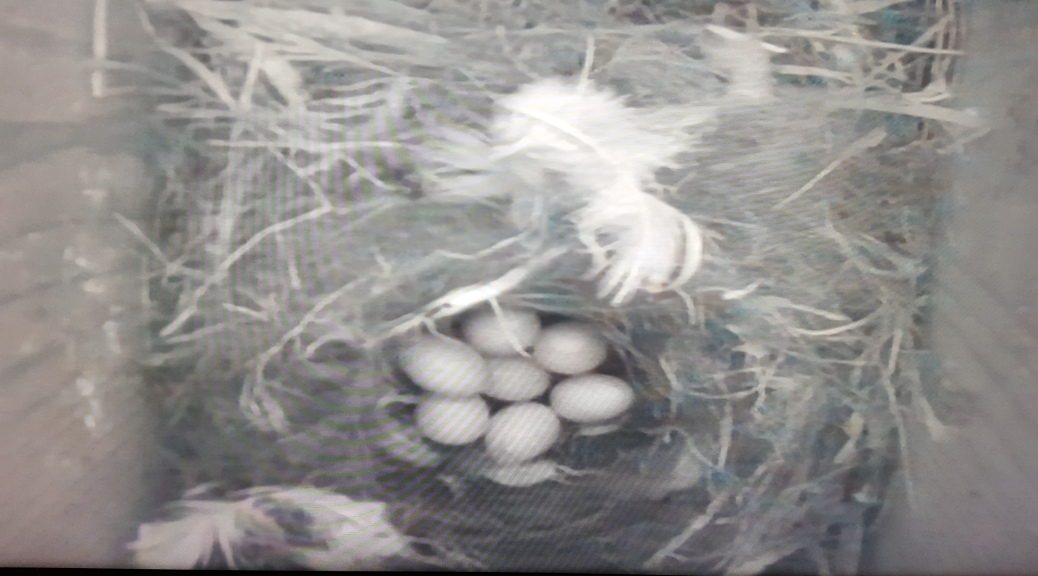 It seems that spring is finally here, at last. The bluetits at my dormouse monitoring site seem behind compared to previous years – there were fewer nests, and hardly any nests had eggs in when we checked them on 19th April.

At home, the bluetits in my camera nest box have started incubating 9 eggs. I think incubation started last weekend, and it usually lasts 12-16 days, so I’ll be keeping my eyes peeled for signs of hatching later next week.

There seemed to be lots of squabbling between male birds yesterday in the garden – blackbirds were quarreling, as were sparrows. But that’s hardly surprising – I hear preparing for new babies can be a bit stressful.

A pair of goldfinches have been around our house quite a lot in the last week or so. I have a suspicion they must be nesting nearby, but I haven’t spotted where yet. That’s quite exciting, as they tend to be occasional visitors to our garden, and I haven’t seen signs of nesting before.