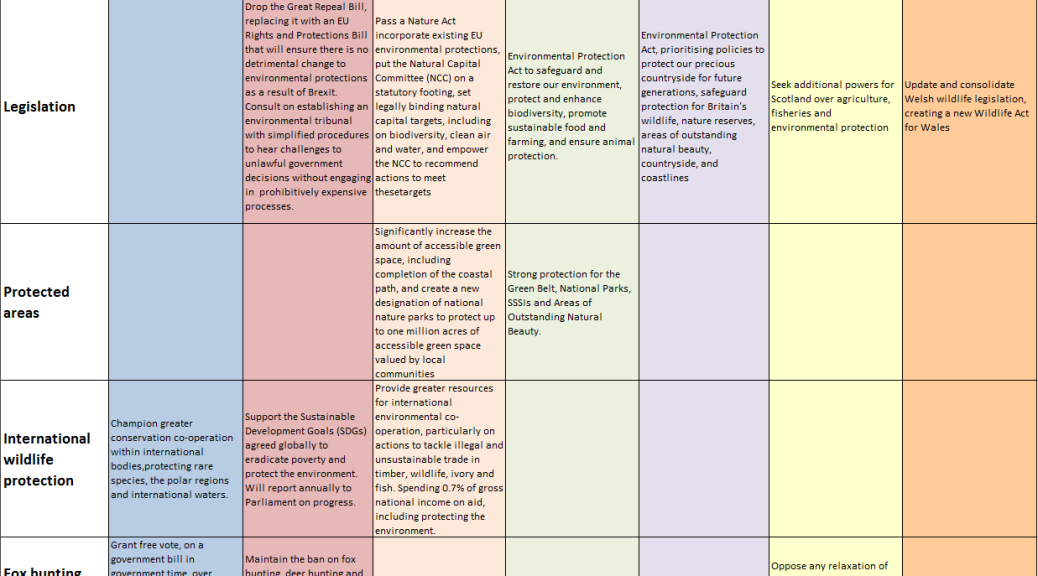 For my second election focus, I’ve chosen the issue of protecting nature. Looking through the manifestos was a lot quicker for this topic than climate change, as the parties had a lot less to say. I’ve grouped what they have to say into the following topics:

Remember, this is just based on what they say in their manifestos (some of which had lots more detail than others) – I’ve kept my own thoughts out of the table. Click on the image to see it at full size.