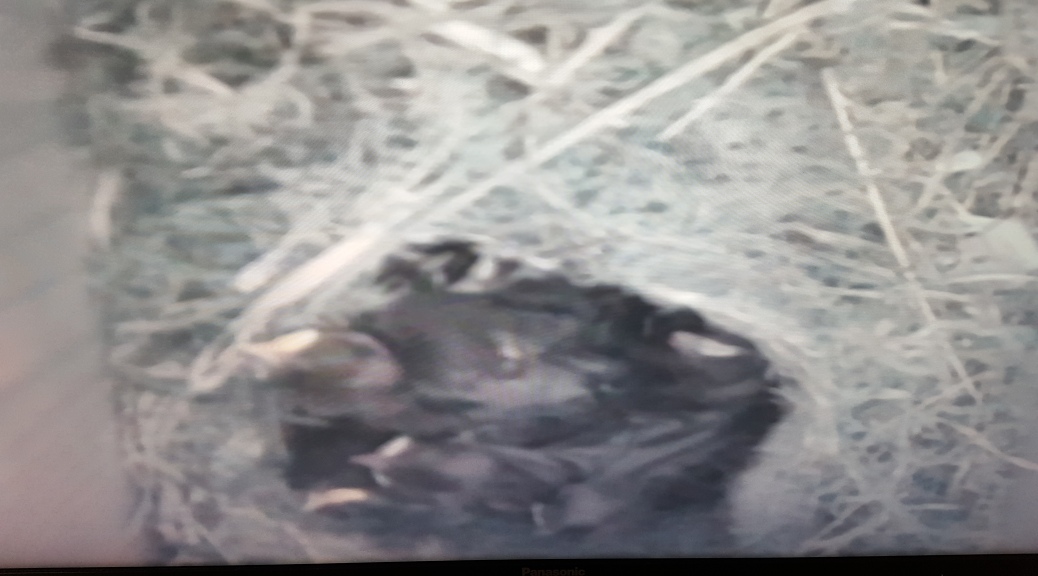 The chicks are a week old now, and the change in them has been remarkable. Counting them is still a bit of a challenge, as there always seems to be one chick or another buried under a pile of siblings, but occasionally we do get a glimpse of all eight at once.

They’re a lot noisier now than when they first hatched, and while they still look a little bit like monsters, their feathers are beginning to grow, and they don’t like quite so much like they’ll snap whenever they fling their heads back for food. 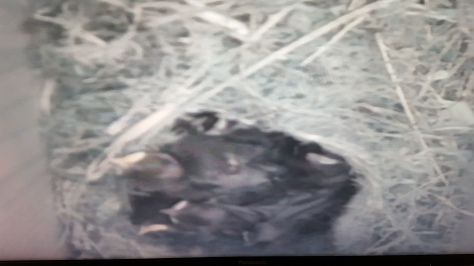 The parents have both been kept busy catching insects to feed to the demanding crowd, and disposing of droppings. Sometimes when a chick eats a particularly large insect you can see the bulge move down its throat as it swallows.

In the last day or so one or two of the chicks have looked like they were trying to climb out of the bowl of the nest, and almost making it. They’re getting a lot stronger and their stubby wings are growing.

They’re behind most of the nests in the dormouse site I monitor – the chicks I saw there on Saturday looked like mini-bluetits, complete with proper feathers, almost ready to fledge.

This time next week the chicks may have fledged. They’ve got quite a lot of developing to do before then, but it’s remarkable how quickly they’ve grown already. Of course, life is precarious for chicks, so I’m not counting my bluetits before they fledge. But they’ve done well to make it this far.