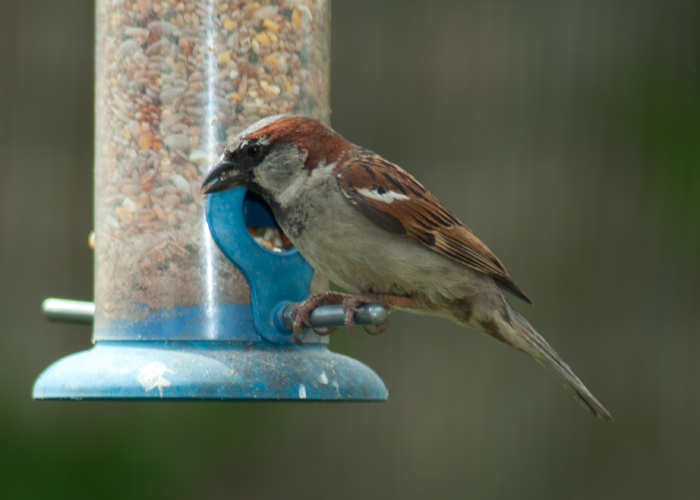 Another year has passed, so I have another stack of data about my garden birds to wade through. I started recording data about the number of birds I see back in June 2010, so I’ve now got 5 years of data. In this post I’ll just share some of the headlines for the last year (June 2014 – May 2015).

This post outlines how I collect the data. In brief, I record the maximum number of individuals of a bird species I see at the same time in my garden, while sitting in my study working from home for the day.  This year I have 23 days of observations, which is the lowest so far – I think I must have had more meetings at work. Darn this paid employment thing getting in the way of birdwatching! (I love my job really.)

We had one visit from each of the following birds (having had none the year before):

This year we had no visits from wrens, goldfinches or siskins on observation days. This is the first year with no wrens or goldfinches recorded.

I’ve got another post or two planned looking at changes over the last five years, and also seasonal patterns in my garden visitors. (I even have hopes of presenting some of data in a more visual way than usual).

12 thoughts on “Bird Nerd Part 11: headlines from the last year”