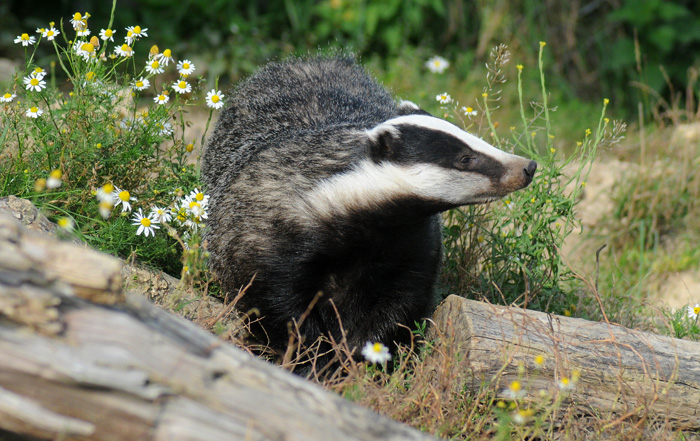 Lots has already been written about the badger cull. There’s no dearth of emotive responses to it online. If you’ve visited my blog before, you’ll probably have picked up that I love wildlife. What you may not know is that, in my day job, I work on randomised controlled trials. More specifically, I work on translating the evidence we get from trials into policy and practice. So I’m trying to write this post with my ‘evidence to policy’ hat on.

Does this mean the current badger cull will help reduce bovine TB?
While it might initially seem that the evidence from the trial supports the current cull, it’s actually much more complicated. When working out whether the results are generalisable, (will apply in a different setting to the original research) we need to consider whether the intervention being used now is the same as that used in the trial.

In the RBCT badgers were culled by being trapped in cages then shot. This method is expensive, but it reduces the chances of badgers being missed, or being wounded and then escaping. The current cull is looking at free shooting, which hasn’t been trialled, and might not be so effective at killing badgers.

The proportion of badgers that are culled within an area is also important. In the trial, 70% of badgers in cull areas were killed. If the proportion killed is lower, it doesn’t simply mean there will be less reduction in bovine TB. This is because culling causes badgers to scatter further afield than they would otherwise (this is called perturbation), which, if they are infected with TB may actually result in increased transmission to cattle (as was found in the reactive cull areas, and those around the cull zone).

That’s why the pilot culls are important: we need to know whether free shooting is effective at killing enough badgers to make it likely that there may be a reduction in TB in cattle. Both pilot sites (Somerset and Gloucestershire) have been unable to kill the required proportion of badgers, and extensions to the cull periods have been applied for. The pilots have proven that free shooting cannot kill enough badgers quickly enough. This raises the risk that the culls may actually increase perturbation and therefore bovine TB.

What else needs to be considered when thinking about translating trial evidence into policy?

Cost-effectiveness RBCT found it wasn’t cost-effective. That’s why in the current cull they decided to go for free shooting rather than the more expensive trap and shoot used in the trial. The calculations were that it might be cost effective with this cheaper method. However, with the costs of policing the pilot estimated to run into millions, this now lookes unlikely. This is exacerbated by the apparent failure of free shooting to kill enough badgers. Failing to reach the target proportion of badgers culled increases the risk of the cull causing perturbance, which could increase bovine TB. To tackle this, there are reports that hundreds of cages have been brought in. This will increase the costs of the cull, and may well mean any benefits are outweighed by the monetary costs.

Feasibility: as well as considering whether an intervention is effective and cost-effective, policymakers need to consider whether it is feasible to implement it at the required scale and quality. The necessity of extending the length of the pilot culls would perhaps indicate that it is less feasible than anticipated.

Acceptability: clearly, given the keeness of the NFU to introduce badger culls, the intervention is acceptable to many farmers. It is equally clear that the measure is unacceptable to many in the general public, as evidenced by the number of signatures on petitions against the cull, and active protests around the country. It doesn’t look like a compromise is likely to be possible.

Need: bovine TB is a major problem, costing the UK £90m last year. Farmers and DEFRA argue that this means something must be done. However, it doesn’t make sense to argue that because something must be done we must do something that is likely to be ineffective (and probably harmful to the cattle who we are aiming to protect), and where the monetary benefits are outweighed by the monetary costs. We need to find ways to tackle bovine TB, but that doesn’t mean we should ignore the evidence on the likelihood of effectiveness and costs of any strategy.

Risk: a first principle of medical interventions is ‘first, do no harm’. The scientists who carried out the RBCT have come out strongly against the cull, saying it is not supported by the evidence, and is more likely to do harm to cattle than good.
Wiping out large numbers of badgers is likely to have effects on other animal species as well. We have to be careful when messing with the natural foodchain, as changes in the numbers of one species affect many other species. Reduced competition from badgers may well lead to an increase in other species, such as foxes, who aren’t too popular with many farmers either.

Ethics: badgers are protected by law. They are living creatures. One of the aims of the pilot cull was to assess the humaneness of free shooting as a method of killing badgers. It has now been admitted that it is unlikely to be able to tell us this. There is even talk of gassing of badgers in their sets, despite this having been outlawed 3 decades ago for being inhumane.

If we, as a society, are consciously going to wipe out large numbers of any of our native species, we need to be very sure it will have the effect we want. I believe the current evidence does not stack up. The cull is unlikely to significantly lower incidence of bovine TB, may actually increase it, and will cost more than the benefits are worth. We need to tackle bovine TB, but this is not the way.

8 thoughts on “The badger cull: an ‘evidence to policy’ perspective”